As part of an ongoing regeneration project led by Transport Scotland, Bogend Toll situated  on the A77 between Symington and Ardwell Bay, South of Girvan has undergone extensive improvement works as part of a £10.6m scheme providing safer access and operations along the 32 mile section of road.

A major part of these improvement works is the installation of an Average Speed Camera System installed at a number of sites on the A77. With a focus on reducing casualties and accidents while delivering improvements in driver behavior, the new structure replaces the existing, outdated and expensive to maintain system ensuring improved safety performance and ultimately saving lives. 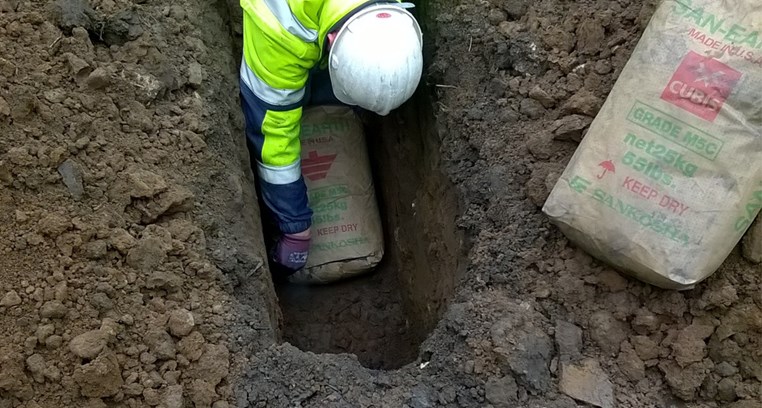 The contract which was led by Amey and facilitated by Pegasus included a trial of Cubis' proven grounding solution, Conductive Concrete used in this instance to earth the power supply feeder pillars of the speed cameras being installed. Cubis' San-Earth Conductive Concrete was installed at Sites 5 and 10 along the stretch of A77 using the standard BT format.

With both installation sites prepared, 2 no. San-Earth Conductive Concrete bags were poured along each excavated trench. The grounding electrodes were easily installed by placing along the bottom of the excavation,  spreading two more bags of dry powder over and around the electrode at both sites. With the trenches then backfilled, The dry-form concrete absorbs moisture from the surrounding soil and hardens to become part of the grounding electrode. 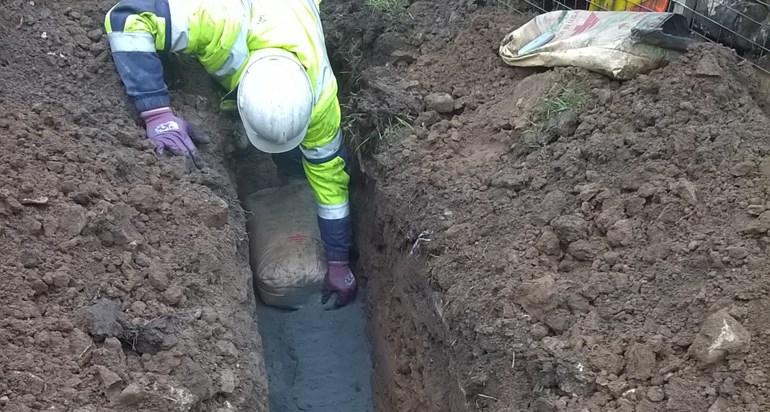 Cubis assisted in both site installations with readings recorded and compared with a standard pre-existing earth rod installed at site 4. These results are displayed below:

Results depict that the surface area of the electrode in each installation site had dramatically increased and in turn resistance to ground is substantially reduced. In addition, surge impedance was also lowered significantly.

As a proven solution in the prevention of infrastructural conductivity grounding difficulties, it is clear Cubis' San-Earth Conductive Concrete not only excels in terms of technical performance but is environmentally safe, reduces theft of copper earthing rods and enhances the installation process through safety, time, longevity and cost.